Billionaire Mukesh and Nita Ambani’s daughter Isha Ambani got married to industrialist Ajay Piramal’s son Anand Piramal on Wednesday evening. The first pictures of the newly-weds are out. The grand event at the Ambani’s 27-storey home ‘Antilia’ in Mumbaiwas attended by some of the biggest faces from politics, Bollywood, sports and business. The couple’s wedding outfits were colour-coordinated. While Isha chose a golden Abu Jani-Sandeep Khosla lehenga, the groom wore a beige sherwani.

The photos and dance videos of the grand festivities are viral, with many calling it the “wedding of the year”. 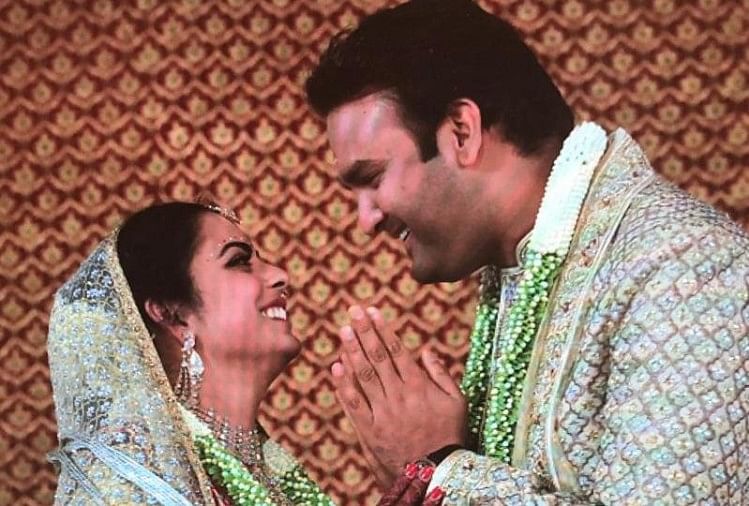 Anand Piramal, 33, is the son of Ajay Piramal, the chairman of the Piramal Group of companies, whose interests range from pharmaceuticals to financial services and real estate financing.

The couple got engaged in Italy’s Lake Como in September this year. The Ambani and Piramal families have been friends for four decades and the wedding will bring India’s two most influential families closer.